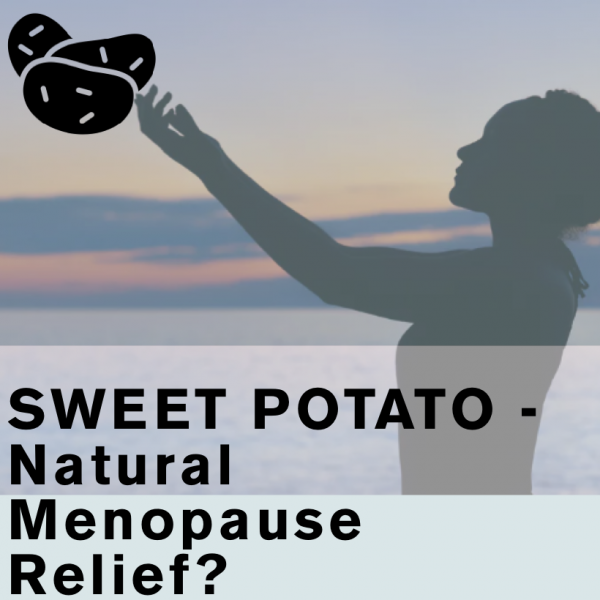 The liver breaks down yams and potatoes, rendering their progesterone effects useless, so Sue decided to chew a small, raw fistful of sweet potatoes every day. Beneficial nutrients would be absorbed by blood vessels under the tongue. Sue saw changes, “My menstruation stopped. I did this every day for six months, to really prove a point. An increase of progesterone inhibits ovulation because it inhibits the follicle stimulating hormone. It fools the body into thinking it is pregnant. I was not, although menstrual cycles had been temporarily halted.”

Sue reported, “Normal menstruation, with no adverse effects resumed when I stopped my daily sweet potato chewing ritual. My customers had no use for a pile of sweet potatoes and so they challenged me further: to make a remedy for them. No problem, I made up a tincture and tested this at twice the prescribed high dose for another 6 months. What a year!”

She shares that a number of older women also conducted similar trials at a normal dose and felt a great improvement as well, especially with hot flushes, fatigue and depression. Sweet potato is not progesterone but it stimulates the release thereof by its action on the pituitary gland. It’s non-toxic and acts within half an hour to a day on hot flushes, the reports go. “As a way of skipping a menstrual cycle or two, it was way ahead of patent drugs like Seasonale; that were still being developed.”

She has gone on to teach other women, “how to have a menstrual break for religious reasons, sporting events or honeymoons. In smaller doses, the tincture has helped some women to conceive or resume menstruation that had ceased due to anorexia or excessive marathon running.” Reportedly, a top gynaecologist used these remedies for many years and sweet potato became the favorite for women who had to stop HRT because it was becoming too problematic. When hot flushes returned, sweet potato provided relief.

The highlight of Sue’s story is when she stopped ovulating at the age of 54, “I had been totally symptom free and to me, the PMS and other complaints I receive from the public had never affected me. It happened out of the blue one evening! I was too good for hot flushes, I thought until I worked it out. I had stopped ovulation and the follicle stimulating hormone was calling up eggs that were no longer waiting in line. The heat waves were trying to tell me something. At this stage, even a big shot of oestrogen helps but I was not so stupid. No, in order to fool the body into thinking I was pregnant; I had to boost progesterone rapidly and effectively. I had done this before, so after a few days of chewing the sweet potato the hot flushes and night sweats stopped as quickly as they had appeared. It was so easy. Wow!”

The Australian Menopause Center released a blog about the benefits of sweet potatoes that provides some additional information. They describe the nutrients present, “Sweet potatoes are generally orange in colour and the deeper the orange, the greater the nutritional content. The orange colour is present for a reason and this is due to a nutrient called Beta Carotene. Beta carotene is part of a family of nutrients called Carotenoids. These carotenoids are converted into Vitamin A. This conversion rate is very much dependant on the pre-existing amount of Vitamin A in the body.”

In addition to having ample beta carotene, sweet potatoes are a good source of Vitamin C and Manganese (both great for immune function and wound healing.) Sweet Potatoes are great sources of fiber, have a low glycaemic index and load, and thus lead to fewer spikes in sugar levels and more sustained energy levels.

Additional health benefits of sweet potatoes have been listed as:

Paradox Protein is curious about natural remedies that boost health. Food was, and still is, the best medicine, after all! We are developing a new formula based around sweet potatoes. If you’d like early access, please email sales@paradoxprotein.com – we’ll be looking for women to share their stories to compare to Sue.